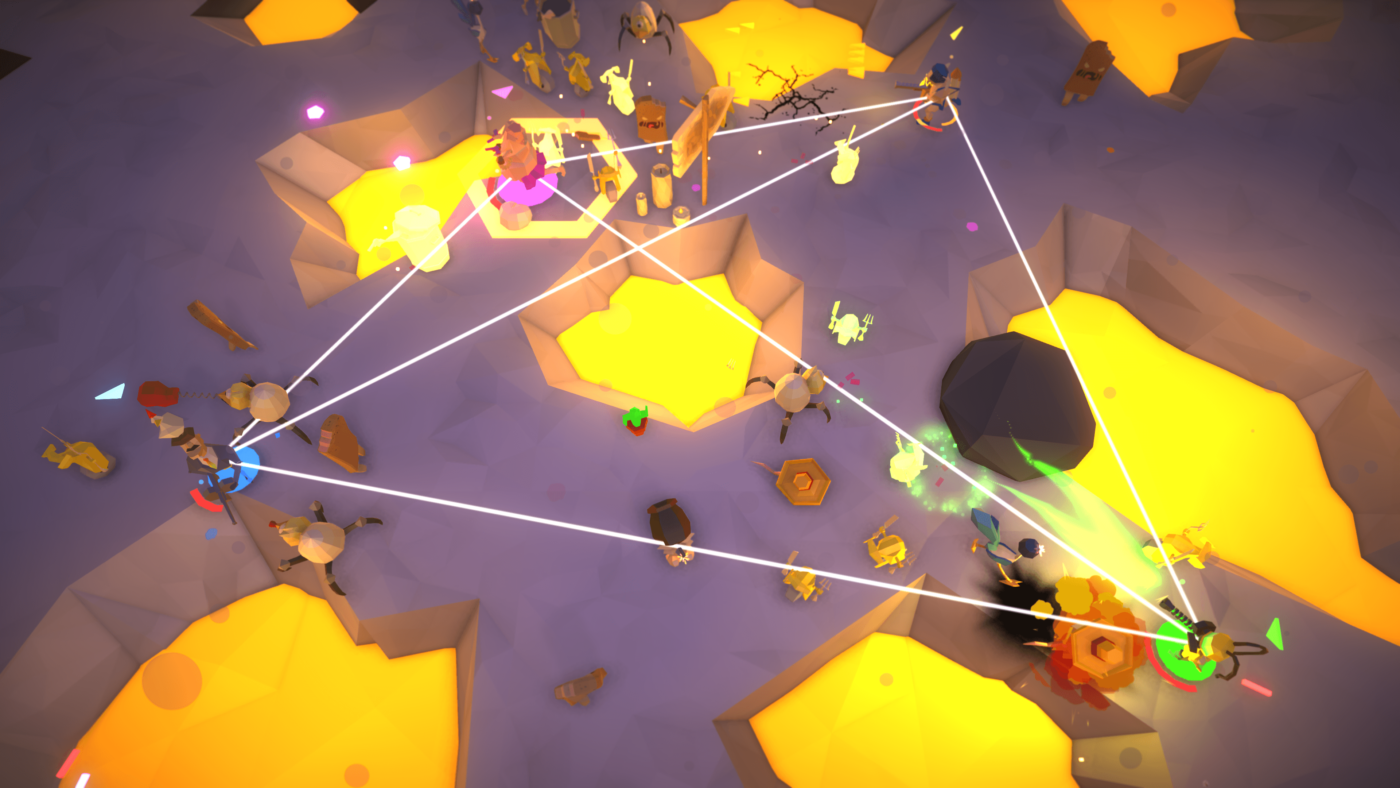 In late 2016, Atomic Pond Studios released their debut game POLYCRUSHER, a colourful multiplayer sofa spectacle, and will now be showing some of their new experiments and prototypes. Vacuum cleaners come to life and entire islands are dissected. We are full of anticipation!