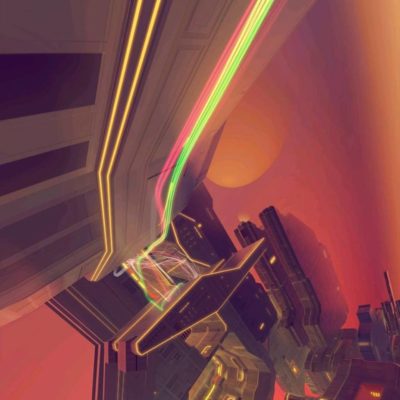 Unfolding Pigments: An Exhibition Manifesto of Paintings and Video Games

An Exhibition Manifesto of Paintings and Video Games

The twenty-first century can be considered the golden age of video games: so long as game development continues to benefit from technical knowledge, the latter no longer constitutes a fundamental entry barrier. As in the case of all artistic media, the diversity of video games also correlates with the technological availability of its tools. It is thus logical that, besides AAA and the mass market, the “video game as medium” is increasingly being used to articulate individual (artistic) expression. Indie developers can autonomously implement their ideas, something that is hardly believable considering how technically demanding the medium originally was.

In the exhibition curated for PLAY AUSTRIA, curator Christian Bazant-Hegemark brings a selection of video games into association with contemporary painting activity. This deals, not least, with the vastly open question of how video games and the artistic visions of those behind the games can be articulated and presented outside of their native medium (the digital game). Although the pop-cultural reach of video games has been increasing for decades, along with the complexity of the content negotiated by the games, beyond the scope of the screen they are almost exclusively positioned in marketing and merchandise clichés – which often subjects this content to a kind of “voluntary banalization”. So how can a game be presented and contextualized beyond the game itself? This exhibition employs the art domain as a playfield in order to fathom artistic ideas conceived by game developers. 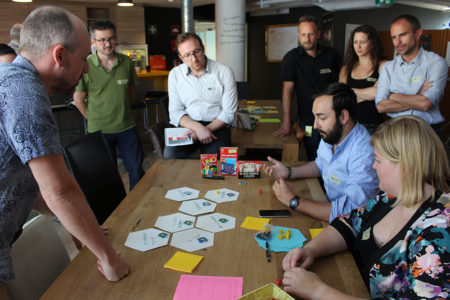 Our goals, our projects and our visions change over time, either driven by our decisions or by others. Many of these changes are too important to apply the same old solutions to a new challenge– we get stuck, or we simply don’t get the impact we want. At Playful Solutions we have the creative tools and methods for you to take on your challenges in a new and inspiring way! Our solutions use playful and targeted approaches to concept design, process support and product development. By combining groundbreaking game design techniques and coaching methods with an entrepreneurial mindset we deliver custom-made playful solutions! Our own purpose: to fuel the innovative resources of organizations and to co-create playful solutions that matter.