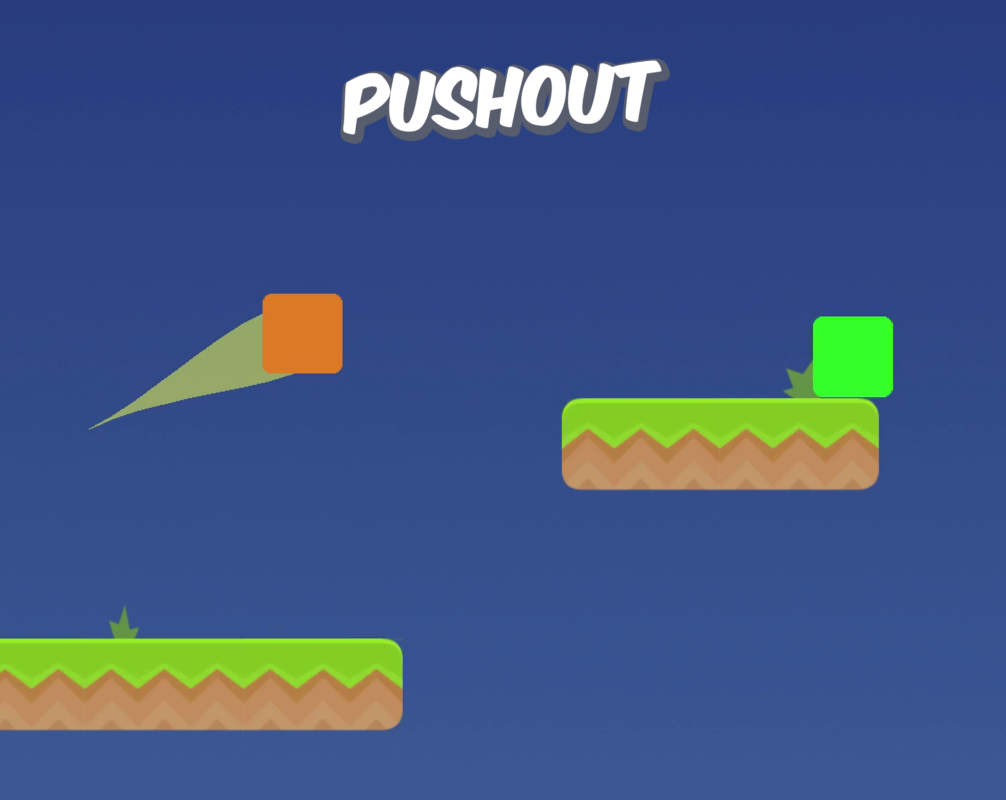 Pushout is a platform game where the players have to thrust each other out of the playing field. Good reaction time and foresight are necessary in order to deal with the slippery platforms. Even experienced gamers make mistakes here, so Pushout is fun for everyone, for players and onlookers alike. Pushout was developed by Simon Reiser, a young HTL graduate in computer science.