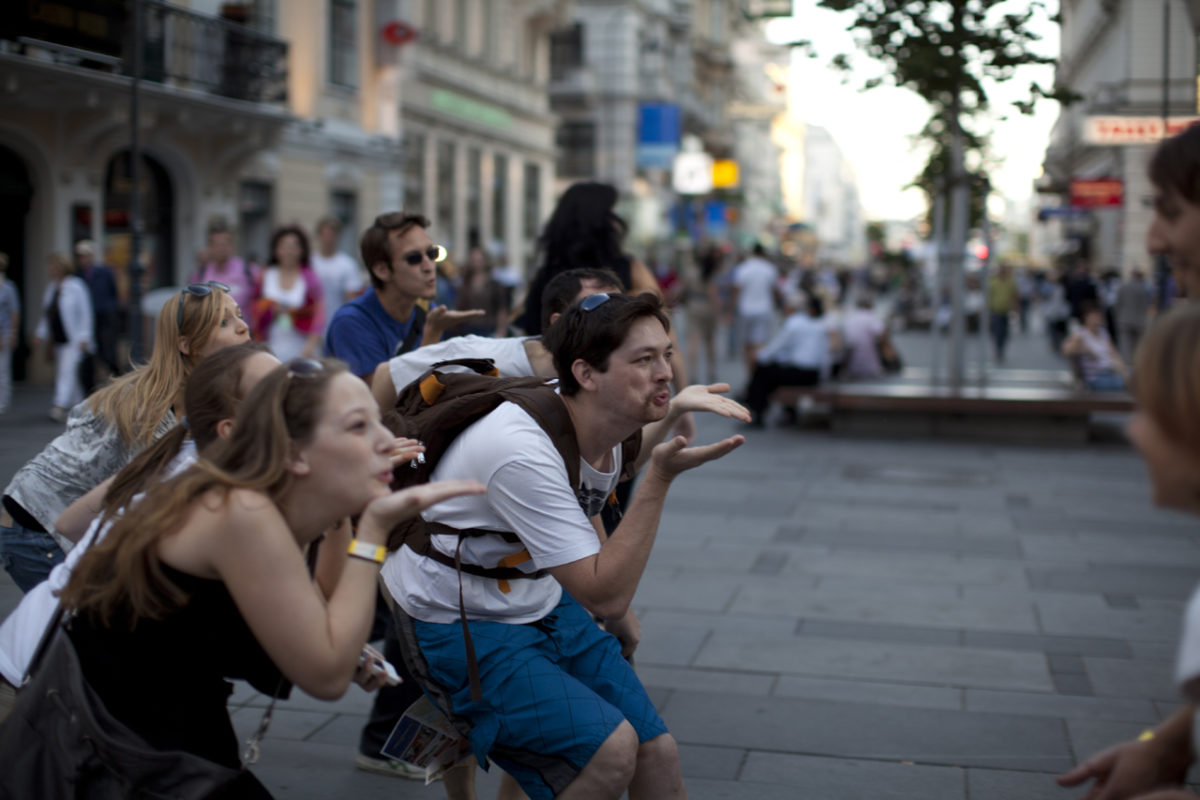 Play:Vienna is Austria’s initiative for games in public space. Since 2012, they have been regularly transforming Vienna into a playground – organizing festivals and events, holding lectures and workshops, and designing games. They also offer, through the Urban Game Clinics once a month, the opportunity to test one’s own game ideas. To date, ten Journey to the End of the Night events have been organized in Vienna. Play:Vienna is part of a global network of urban game designers.