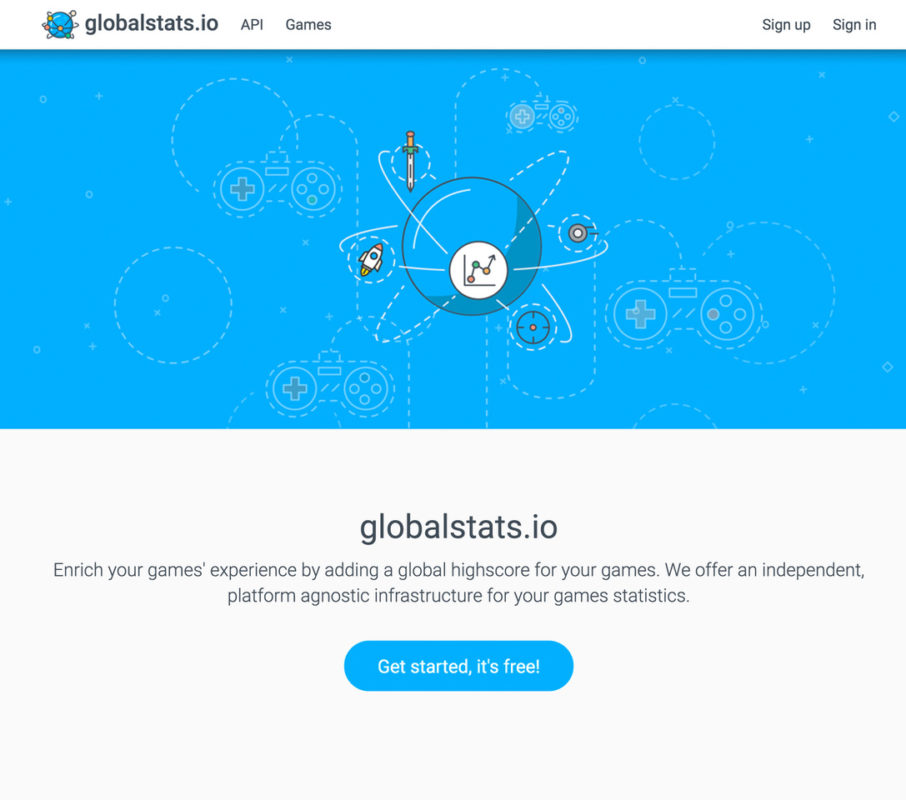 globalstats.io is an online platform devoted to ranking lists in computer games. It offers a simple, quick, and cost-free solution to integrating high scores in games, with the aim of enhancing replay value and soliciting new users for the game. The platform is independent and the API can be applied to all established systems and game engines